I was born June 22, 1943 in Amarillo, Texas. After the war our family moved to Hobbs, NM and then to Eunice, NM where I grew up. 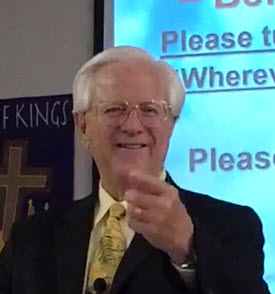 My Dad, Broughton (L.B.) Harden, taught music in the public school system and served as a Deacon and Minister of Music for the First Baptist Church (of Eunice). Mother played the organ for the church and was a music teacher in the Eunice school system. After Dad's death she moved to Abilene, Texas and resided there until her death in 1996.

I have one older brother, Ron Harden, who resides in Abilene, Texas. He retired from teaching after 34 years, and leads the music for the First Baptist Church of Tuscola, Texas where he also serves as a Deacon.

I am 75 years old and have been married to Patricia K. Harden for the past 29 years. We have 5 children: Pam, Jason, Mark, Traci, and Nathan.

Verse of the Day